Highlights from the 2019 ceremony 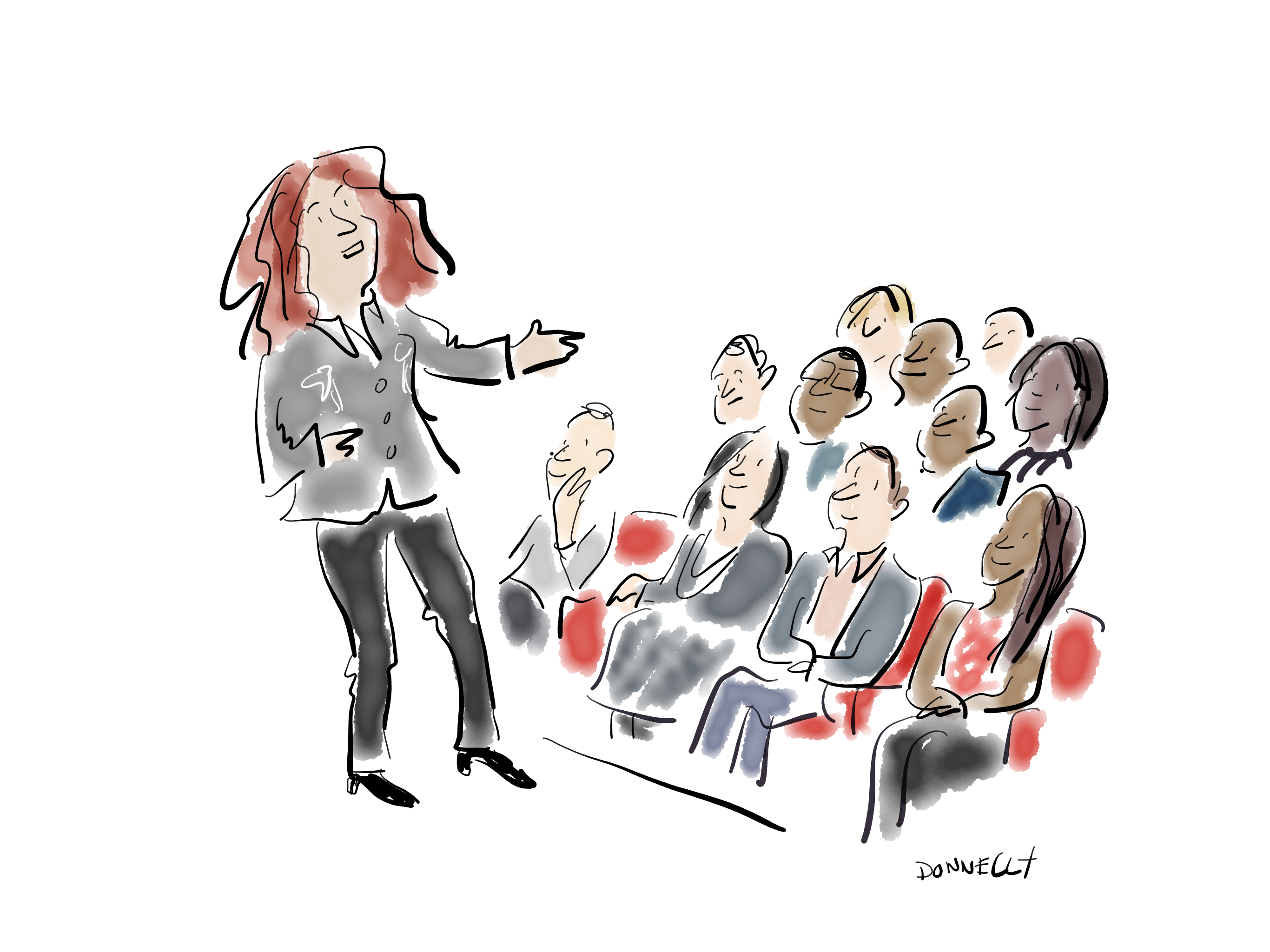 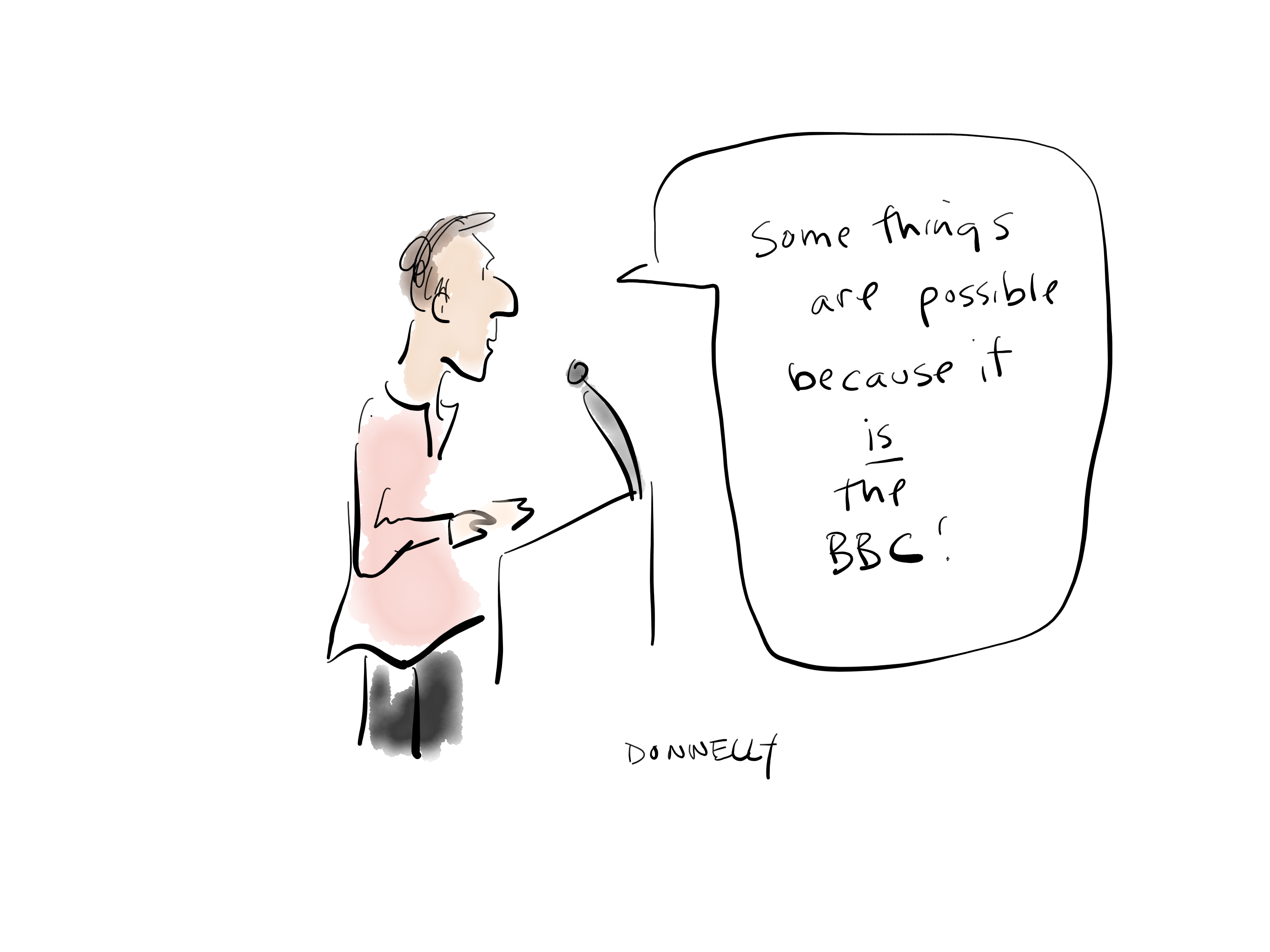 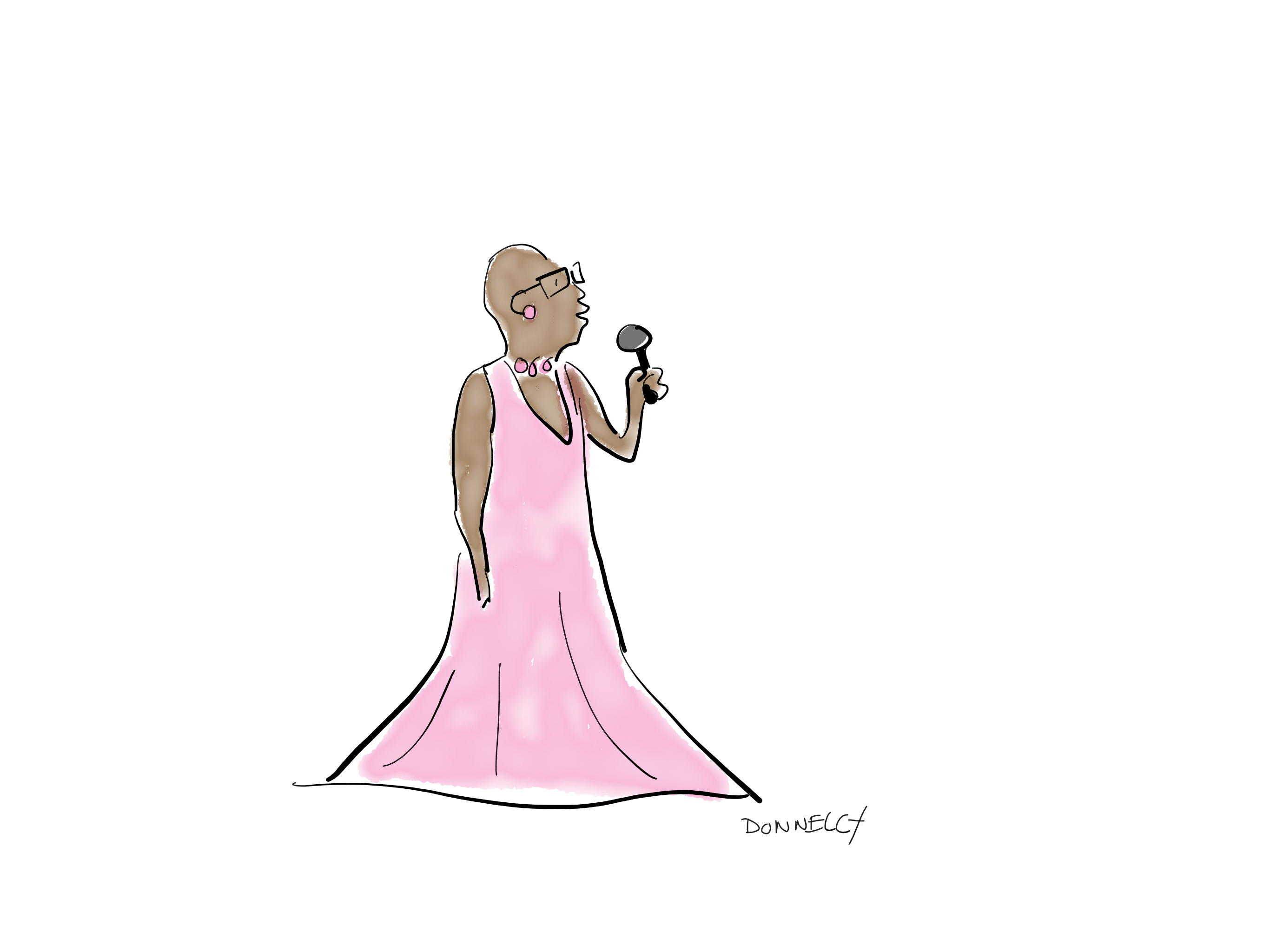 “This is not the Oscars, if it was I’d be wearing a much more glamorous dress” says host Peter Okwoche, captured in cartoon by Liza Donnelly 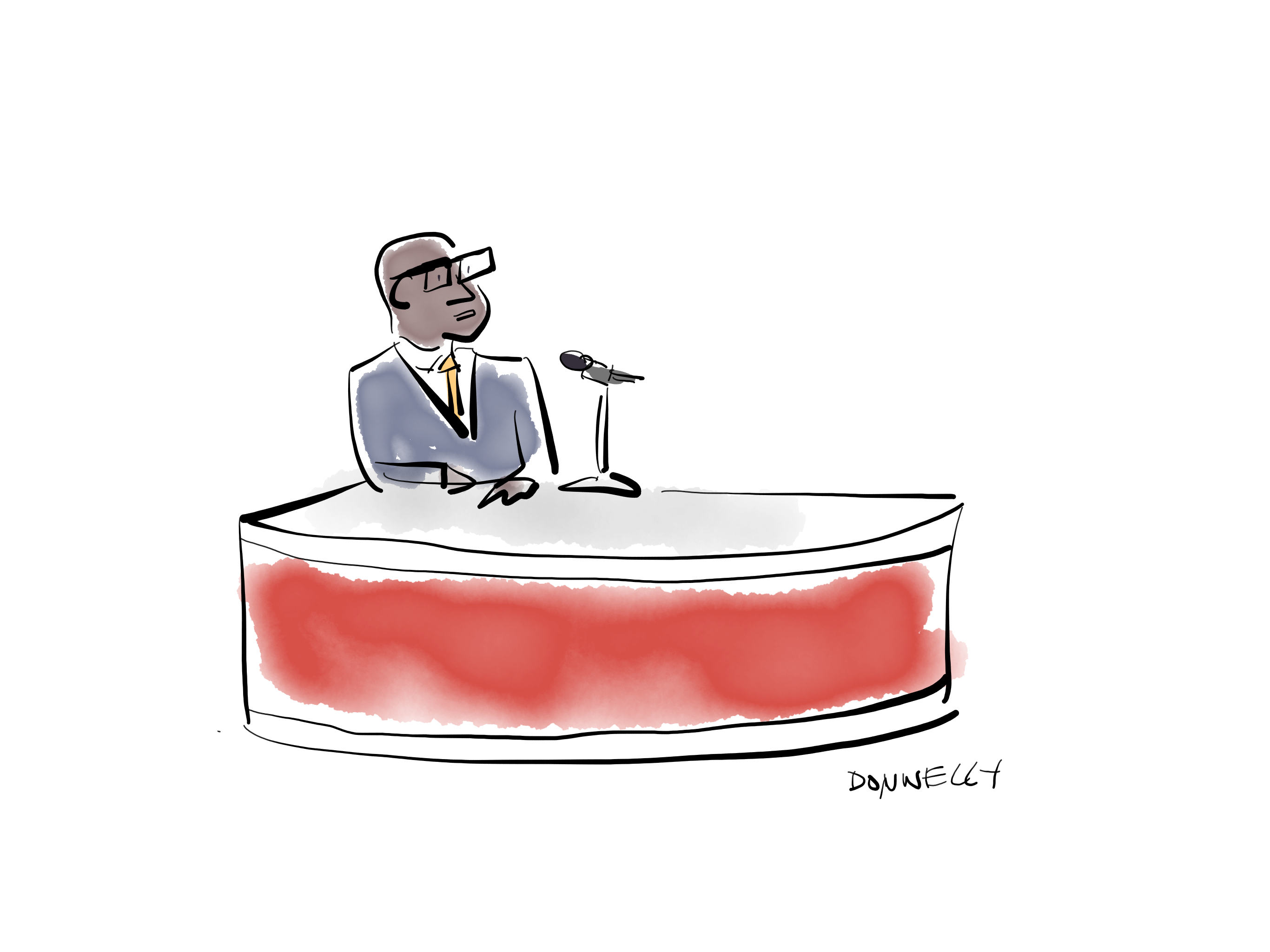 Host Peter Okwoche at his desk, drawn by Liza Donnelly 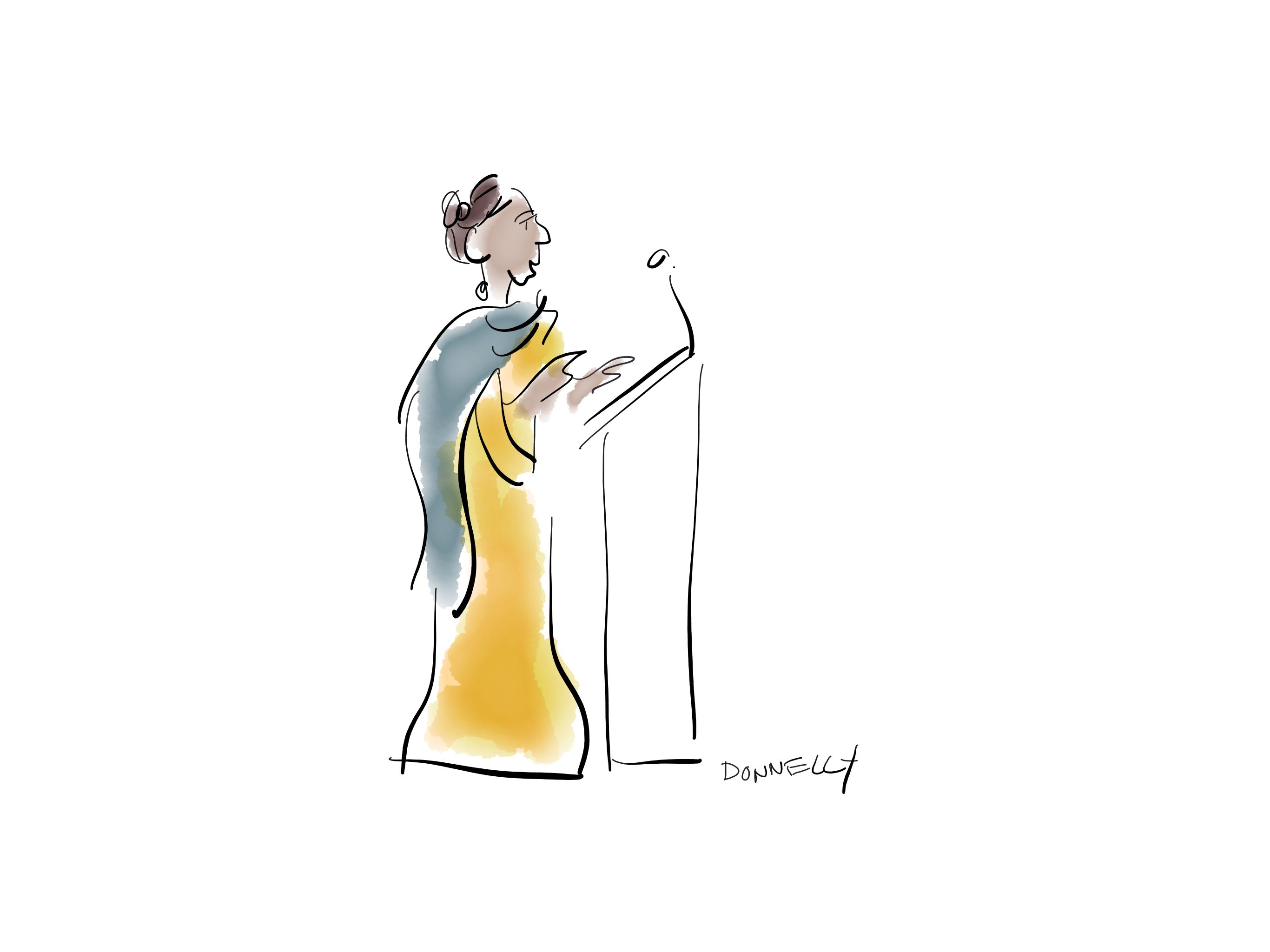 Rupa Jha accepts the award for Leader of the Year, drawn by Liza Donnelly 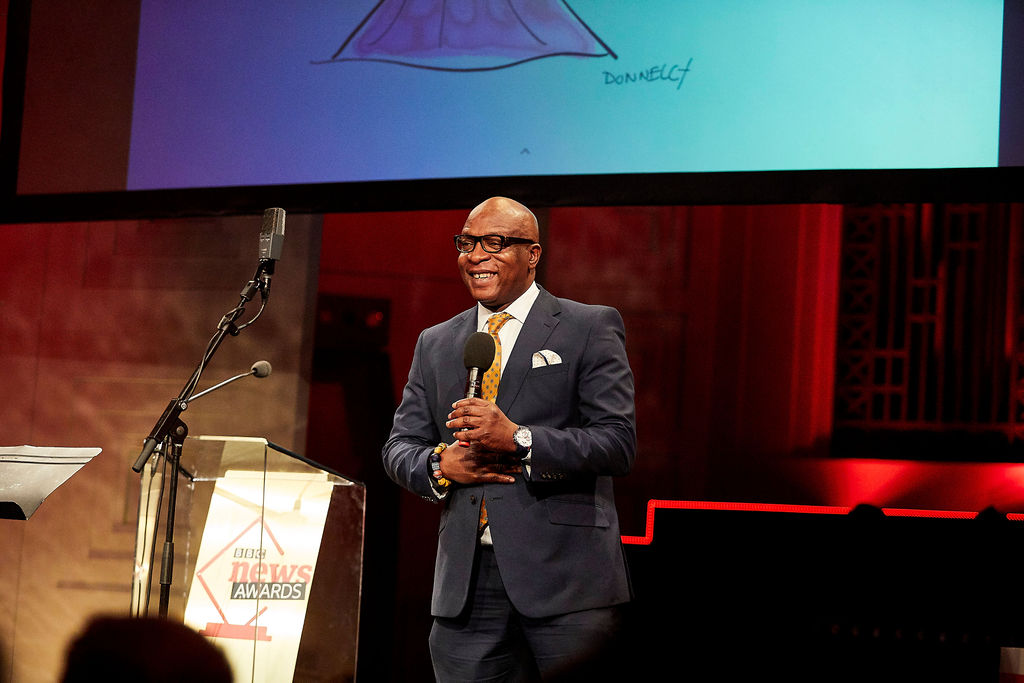 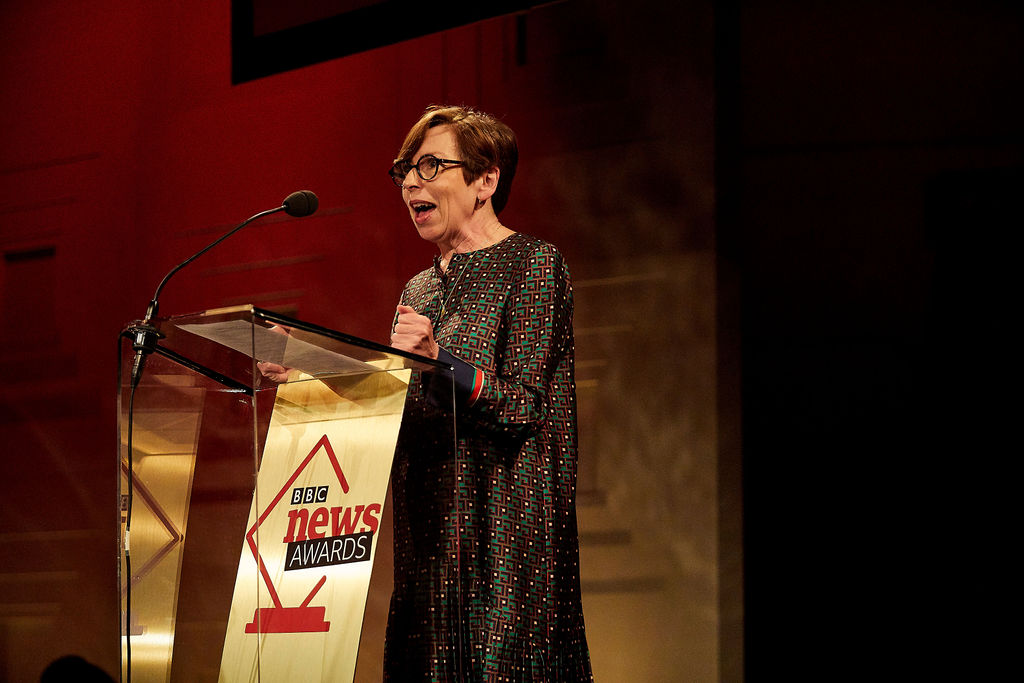 Fran Unsworth welcomes everyone to the ceremony 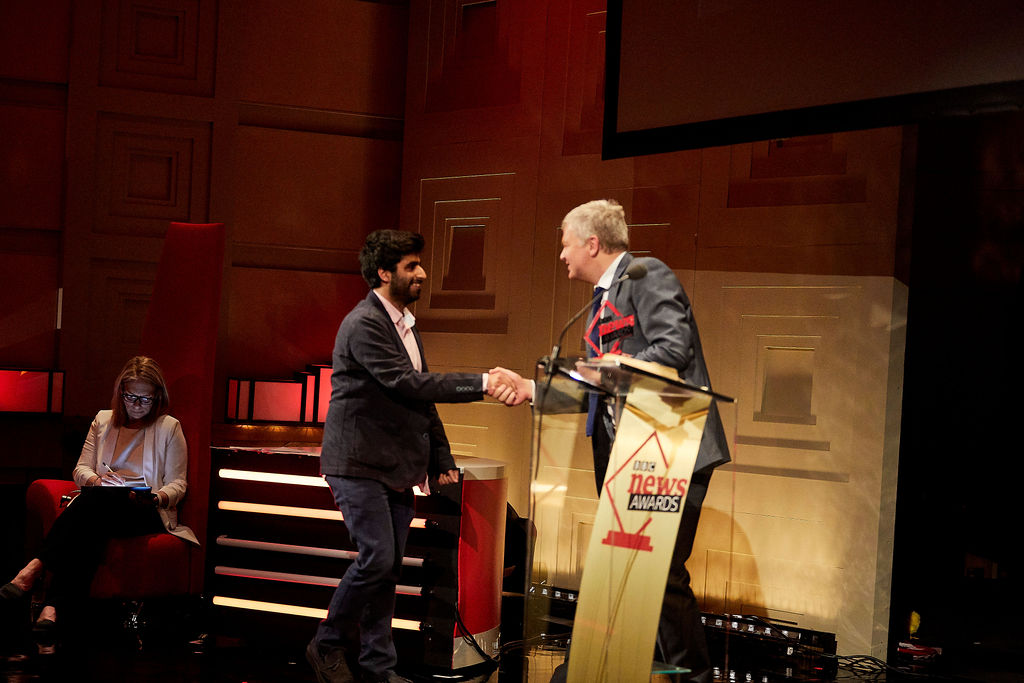 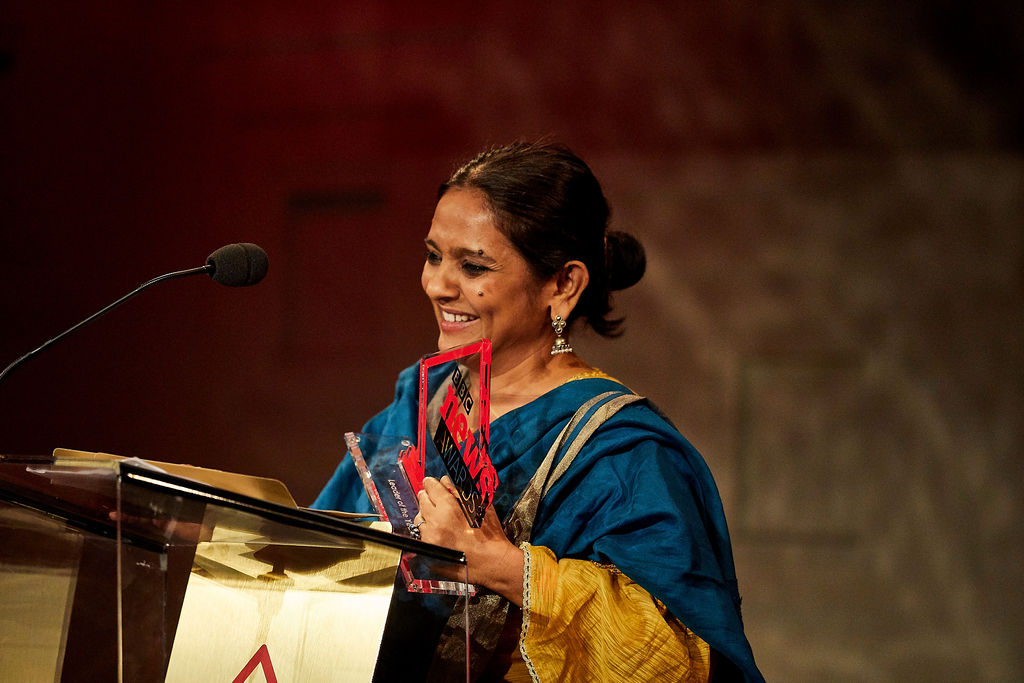 Rupa Jha accepts the award for Leader of the Year 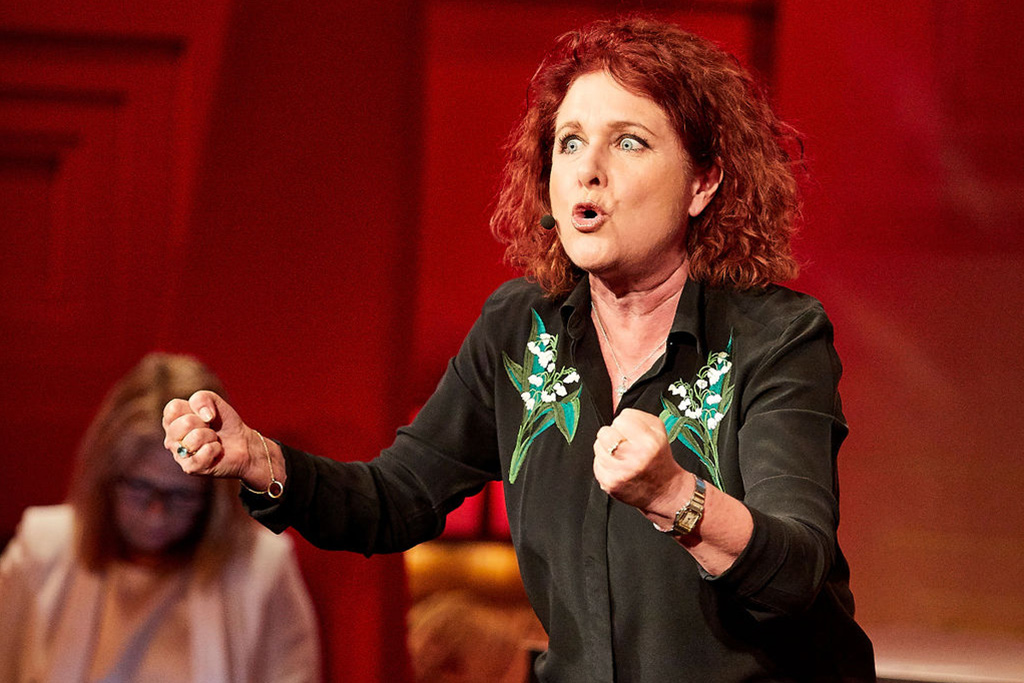 Jan Ravens does an impressions skit 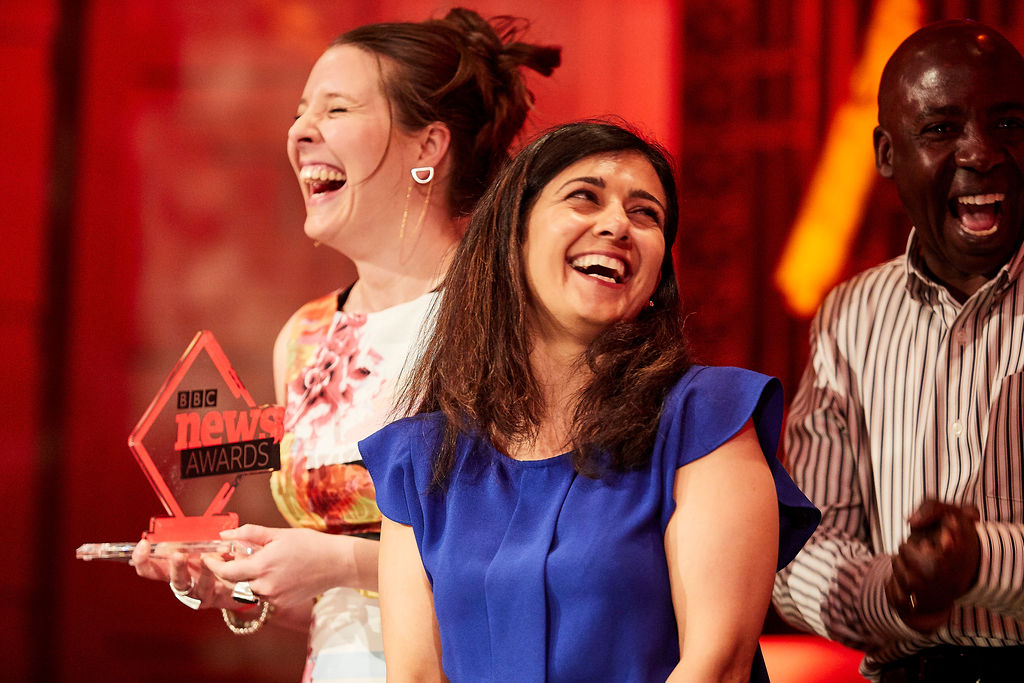 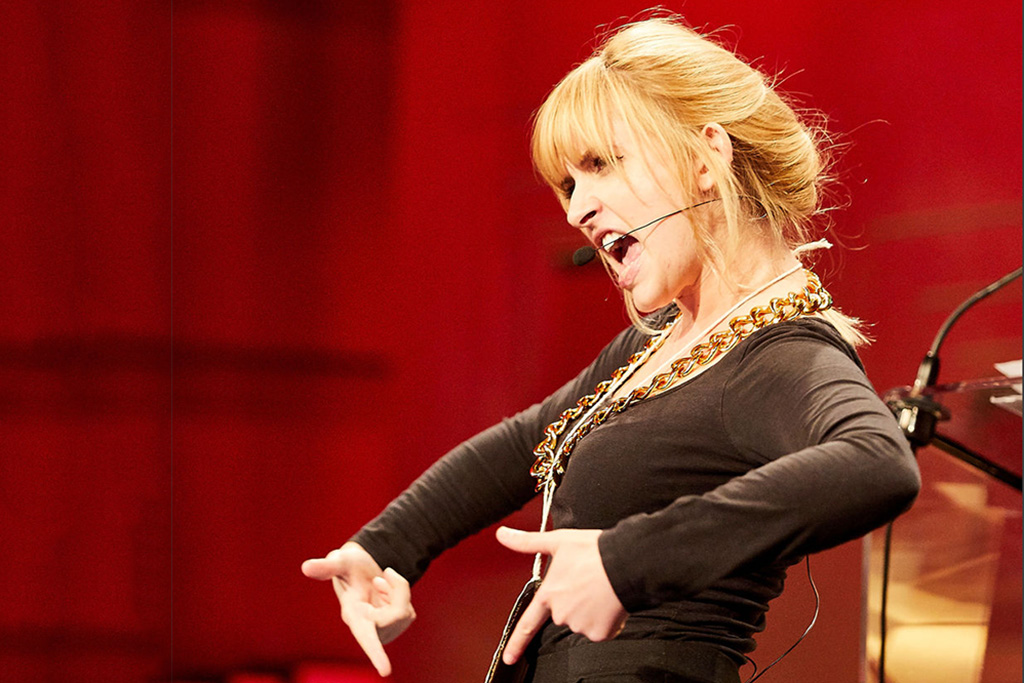 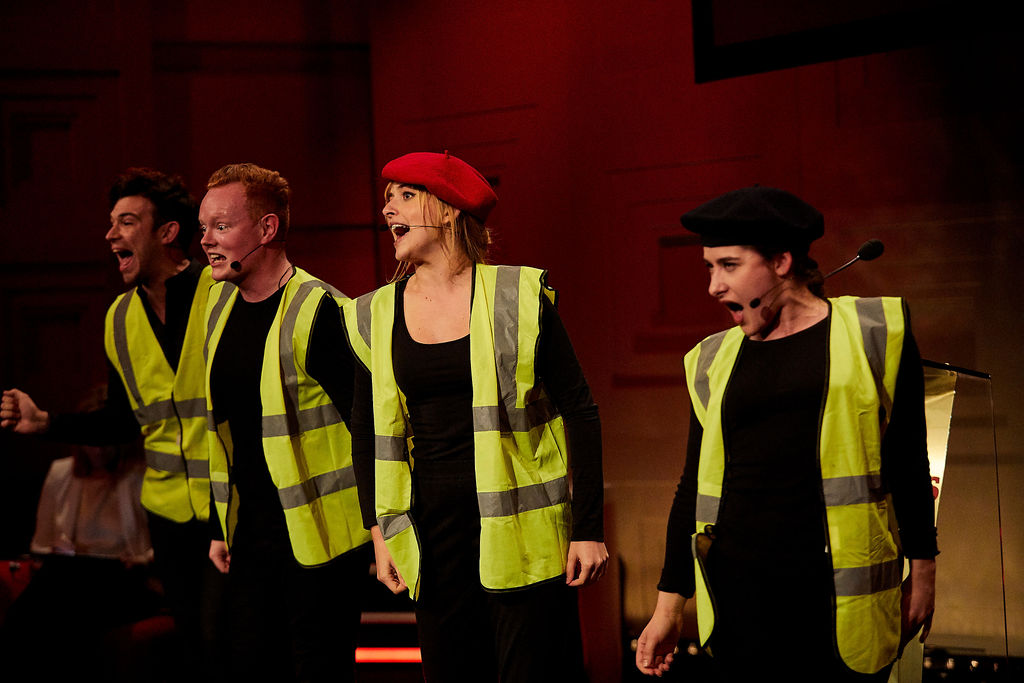 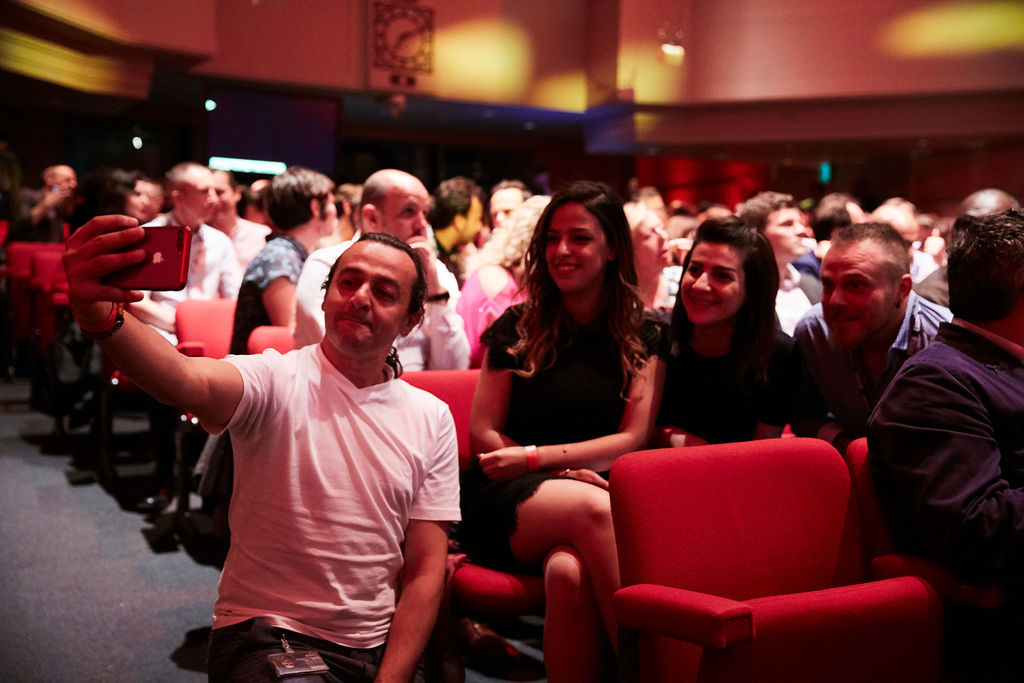 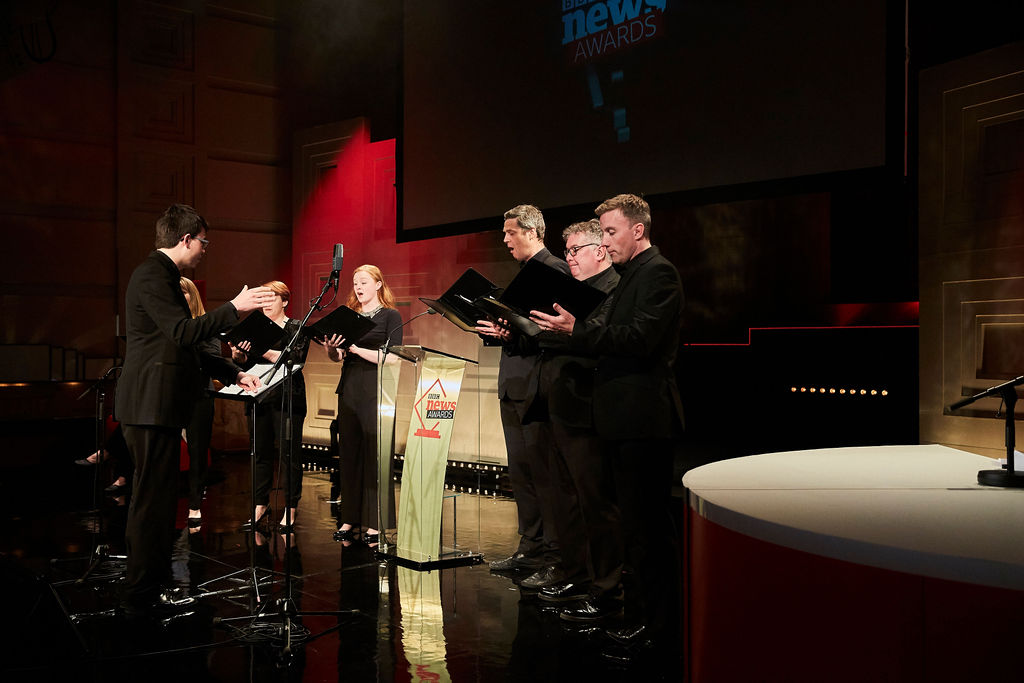 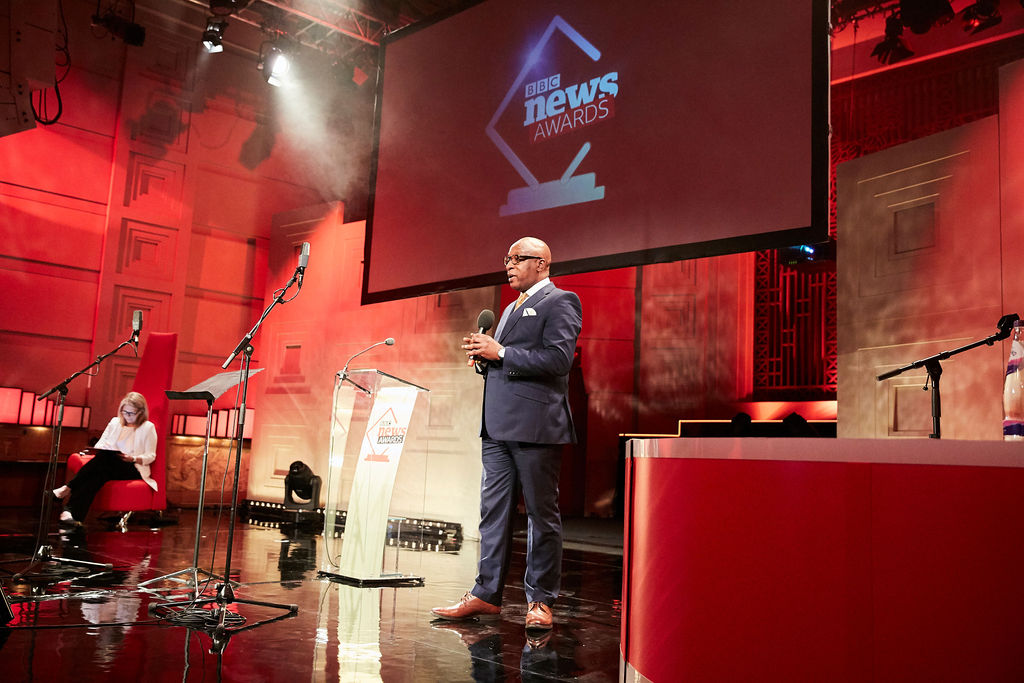 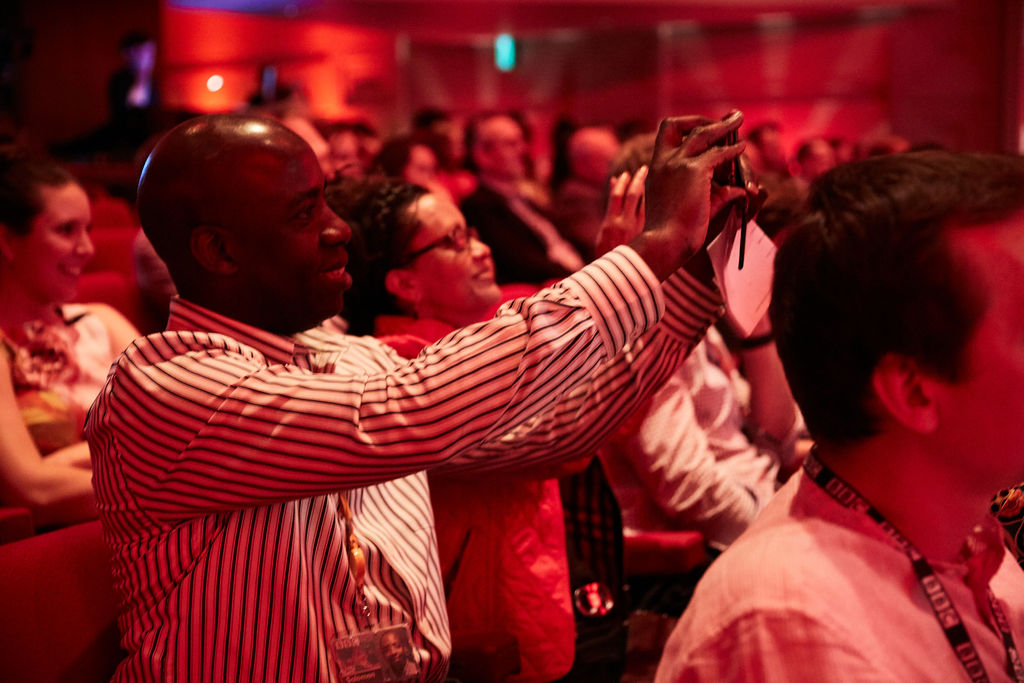 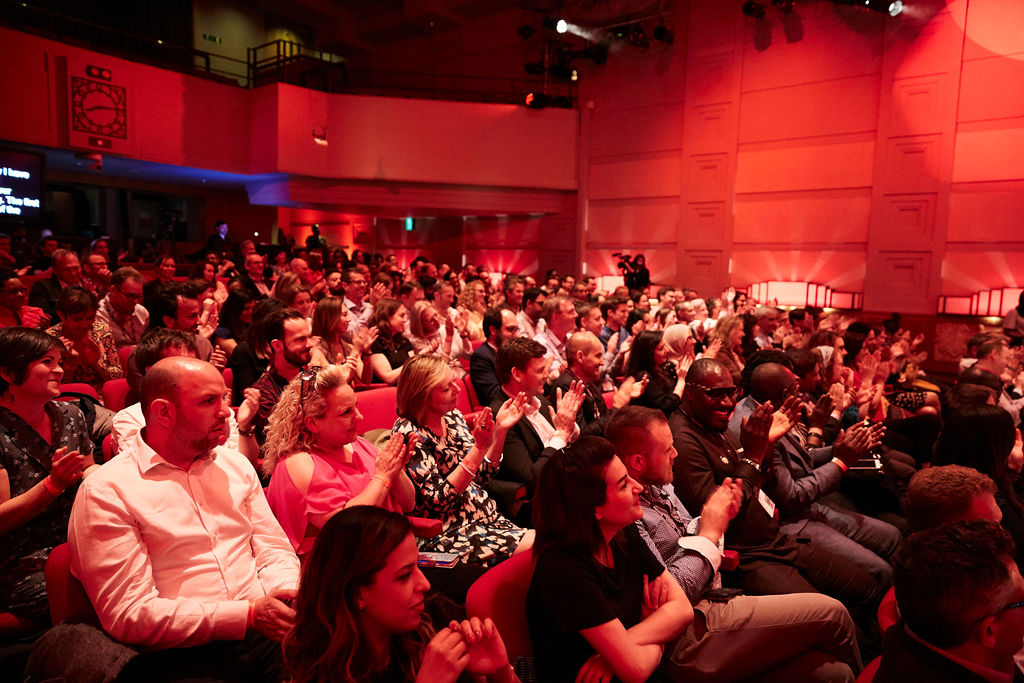 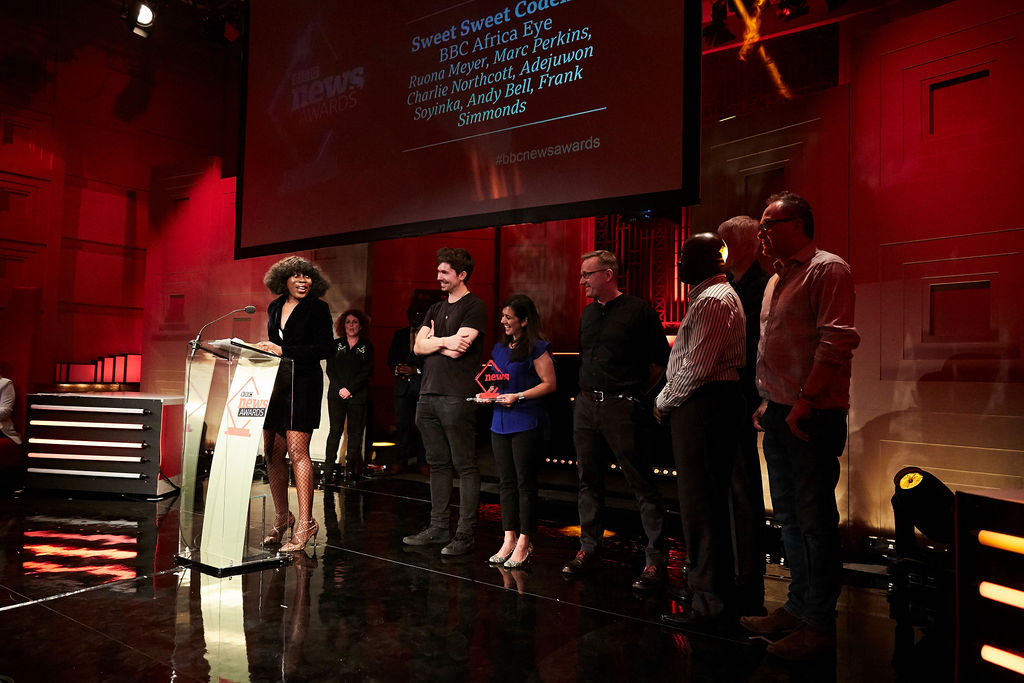 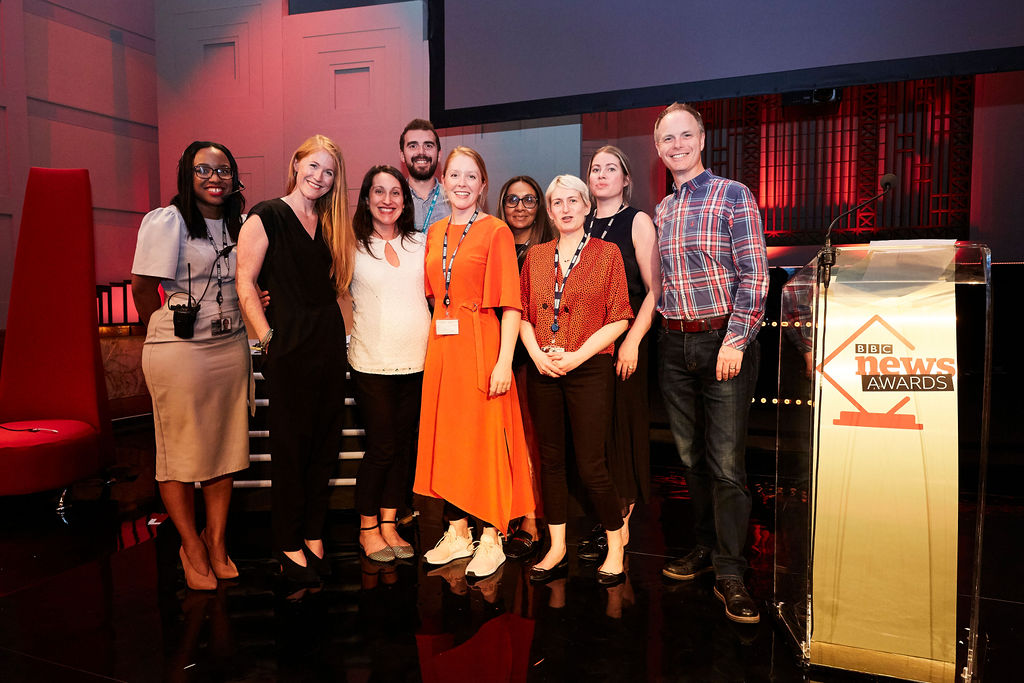 The News Awards Team on stage after the show 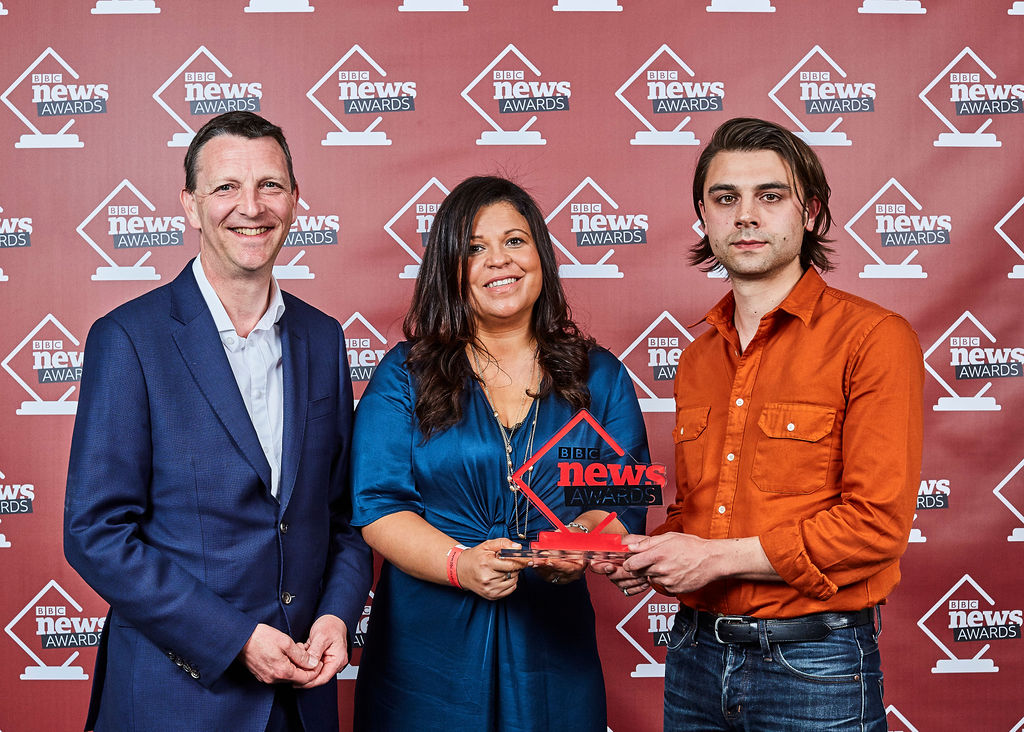 Dino Sofos accepts his Gold Award, photographed with Myranda Leleu and Mark Easton who announced him as winner 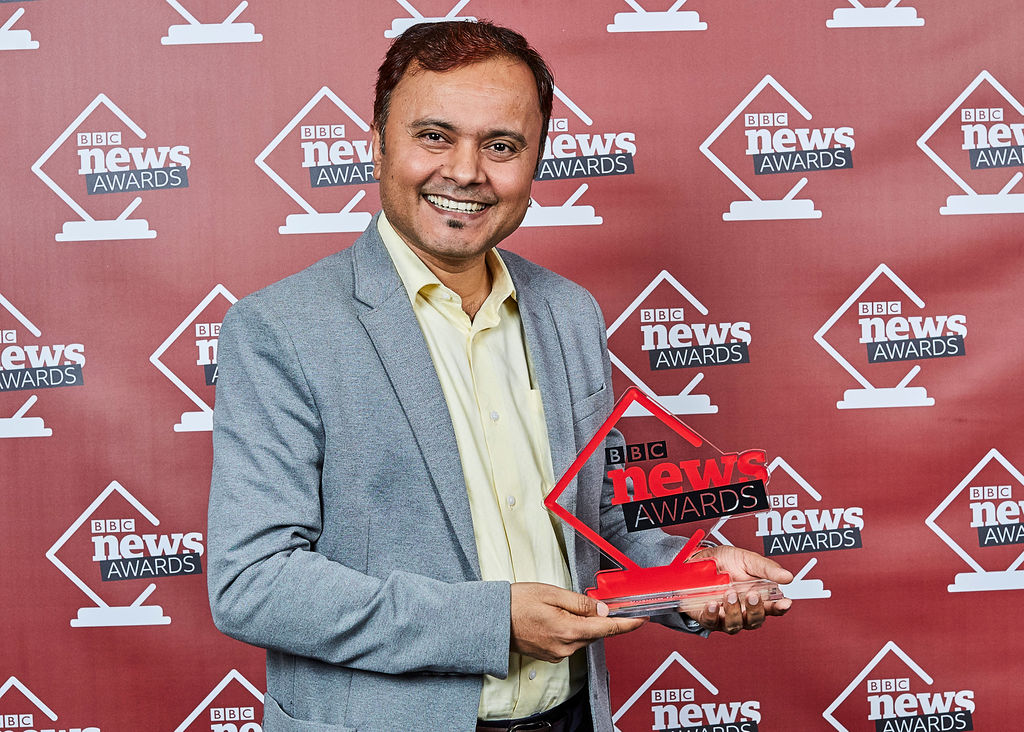 The News Awards 2020 will be on the 13th May in the Radio Theatre, New Broadcasting House.